Wonder Woman’s Appraisal of the Superwomen of this World.

I have heard on the grapevine that, I, the Wonder Woman,

Brainchild of the Marvel Comics department is,

All men seem to drool over me,

Well! That’s natural, as I am endowed with beauty, brains, and superpowers, you see!

The critics have discovered a New Woman in me,

And my fans, men, and women alike wonder,

How could I perform such Herculean tasks in a jiffy!

But though I am eulogized and celebrated here,

For my superwoman traits, I must say that,

The female mortals of this globe have remained,

Widely ignorant about their own superpowers, till date.

And their male counterparts?

Well, they are more than ignorant, you see,

As they are adding insult to injury,

By playing the role of supercilious judge and jury!

What about that acid- attack survivor girl,

Who lost everything in a moment and still chose to live with dignity?

Or, that dark-skinned underprivileged girl,

Who opposed early marriage and decided to study even in the midst of abject poverty?

Would you not hail that rape victim,

Who refused to remain silent and told in a packed courtroom,

The ‘shameful’ details of that harrowing incident?

Or, what about that woman who suffered and survived domestic abuse, and

These are only few instances of such superwomen, you see,

And how their stories remain unheard and unappreciated, still amazes me!

Mortals! You don’t need a supergirl from a different world to take an inspiration,

Just give a good look at your own world, which, I truly believe, is a superwoman’s creation. 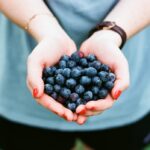 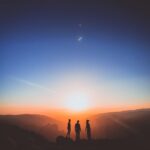