A touch-me-not shies away from feel,

Should a woman do so too?

Is that why she’s named Lajwanti?

Lajjo, she’s called by dear ones,

Who abandon her, when she becomes unchaste,

Merely because prying lusful eyes have combed her being,

Or a rough touch invades her body.

Perhaps, her silence speaks like a river talking to the vastness of a sea,

Flowing down with sediments and memories.

How can an alien gaze understand

She’s merely one who holds seed

Which is to be harvested. Then her womb

Becomes fallow, to be rejuvenated

And then tested for another yield,

Another piece of land in captivity.

The landlord thinks he has fenced the land

But can he cage its wild spirit?

Much as he tries, weeds come back

Butterflies and birds flutter around it,

Will the world ever understand her?

That, her whimsicality arises

From hidden secrets, fears  and tears, and her need

To foster despite the winter of her reality. 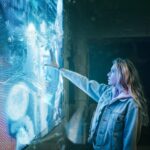 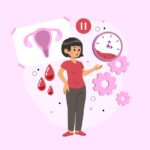