Living on his canvas under vivid colours

and bold brush strokes in the guise of reality

An excuse for the moment of ecstaticity

A dilemma between reality and fantasy

People mock him delusional and crazy

Stars and Irises dancing in the asylum’s window

Soul yearns to depart from the eternal sorrow

Wish to end this curse

Shot in his chest with lefaucheux’ revolver

But the sadness lasted forever

‘Cause the stars stopped whirling

Reality won the battle in his groaning

discourses on madness and creativity converge

Time hardened me to the core and made me numb..just I want to search my younger self.. 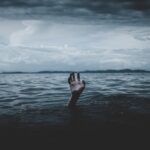 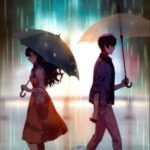