The chequered history of the human souls,

At different times, in different roles,
Consistently echoes a rainbow song-
As the primary colors red, yellow and blue plays along,
To mix and match,
Breeding new, hybrid color patches.
As such the resultant colors orange, indigo, violet and green,
Comes into being.
Each representing a distinct song,
Tagging its history all along.

But can we truly define these seven different hues?
Is it the sullied, crimson, red blood of the innocents,
sacrificed in the unholy wars amongst the holier-than-thous’?
Or is it the blazing, reverential, yellow sun god of the ancient Incas and ours?
Is it the green earth’s annihilation?
Or is it Buddhism’s chosen orangish illumination?
Is it the infamous history of British India’s indigo plantation?
Or is it the vast, unchartered realm of the blue oceans?
Is it an impossibly beautiful,venomous violet colored snake?
Or is it the favored violet attires of the past imperial greats?

They say nothing here is fully black or white,
That there is always something more than meets the eye-
The rainbow colors becomes that nature’s device,
Humbling us, by causing chaos, or by rewarding respite. 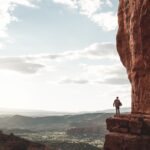 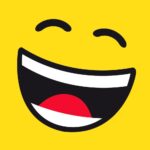