The humongous island in the faraway sea,  had a scandalous stamp,

The veteran sailors aptly named it as ‘The Mermaids’ Ramp’.

For the blue eyed beauties called the mermaids, with their luscious lips,

Heaved their bare, heavy breasts as they spot a ship.

The sailors who dared to answer the beckoning seductresses,

Found themselves to be carried away by their chosen enchantresses.

Next, in the island, they were sent to an alluring trance,

And the sexy sirens entertained them with a seductive dance.

In their foolhardiness, as they tried to had coitus with their femme fatale,

A sudden, treacherous feeling would warn them that all was not well.

And before they could fully comprehend that they were caught in a vicious trap,

The Mermaids’ sharp fangs would tore their fleshes in half.

With their wild, terrified eyes, the nearly departed souls would beheld,

That the golden, curly haired, ravishing mermaids did not have a heart of gold.

Their ears would record their own dirge song,

Which the mermaids mockingly sang to them while feasting along.

And as they were done eating the sailors, licking their lips,

They began to wait again, with patience, for the next passing ship.

For they knew that their prey humans had a taste for lust,

It was their Achilles heel, which would bring them to dust. 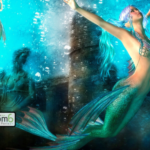 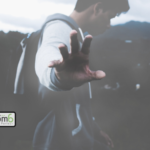