And my stomach’s hungry”

So she glanced at her recipes,

Flipping through her stained book.

And then, her eyes lit up.

Quickly she thumped into  some flour

A dash of ginger,  treacle, and spice;

And a pinch of salt,

And rolled it into a firm  dark yellow dough soft and nice.

And then with her rolling pin

And knife she crafted out of several lumps:

The head, body, arms and legs

Of a Gingerbread man rummy lookin’,

Of caraway seeds were his eyes,

And of  raisin was his smiling mouth.

” Now, doesn’t he have mischief lurking in his eyes.”

The cook mumbled to herself under her breath,

If mistresses heard her, they shrug it off

as nothing but a pack of lies.

The oven was ready,

And so was the rummy  Gingerbread man!

In he went, and firmly were the doors shut.

The cooked nodded off tiredly,  all to forget.

Until out wafted a sweet scent,

From within the oven his eyes wickedly gleamed.

The  moment the oven  opened

The Gingerbread man leapt and outjumped.

As fast  as you can, but you can’t catch me

Teasing the cook behind him, he said

“I’m outa of your sight afore you look!”

So ran the Gingerbread Man

As fast as he could,

The cook shrieked and bawled,

And chased it through the  fields, town, alleys and house,

Tillie the dog too ran in sport

Chasing Minnie the cat without a thought.

And so ran the town chasing the Gingerbread Man…

Teary,  dumb stricken, she sobbed at her loss.

Nothing could stop the Gingerbread Man’s merry game

Until a red fox suddenly crept in,

And pounced upon the Gingerbread Man,

Hungrily gobbling it down, licking its last crumbs

In front of the fainting cook, cat, Tillie and townsfolk!

This story is a  children’s folk tale. 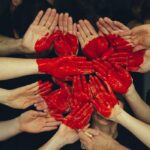 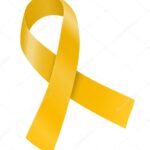