The cold breeze  touched her cheeks,

Her curls hit against her gentle face,

Passing through her golden tresses,

The curious breeze moved ahead to touch another,

While the Fanatic stood their gazing,

Her eyes brightened by the moonlight so strong.

The starry sky gave a prideful look at the eyes below,

“How could you shine brighter than mine?”, asked the sky.

Lovingly the eyes replied, “It’s the happiness around that make me sparkle!”

That’s what happiness does to all!

To the rhythm of the rustling trees,

The chattering waves went dancing to and fro,

While the Fanatic enjoyed the chaotic silence,

The crickets decided to chirp all night long.

The breeze seemed to carry sand along,

Spreading a salty fragrance all around.

Carefree, she stepped into the water,

It tickled her sole and touched her soul,

Carrying her back to her childhood,

The water gave her back the days she yearned for.

Ignoring what the future holds,

She loved dwelling in the present.

Embracing the surprises that nature had in store,

She happily traversed the bridge of life.

Difficult were the paths taken,

Crucial were the days,

Yet nothing could pull her back from the road she had already taken.

Many called her wise who could again rise,

Burdened by the voices that called her a lunatic,

She gave herself the title of “The Fanatic”.

My curious self always searches for explanation to the smallest of information that comes across through various means.At times when certain questions go unanswered, I make it a point to give the same an answer by amalgamating carefully coined words that finds home in the world of  story and poetry.Writing gives power to my thoughts that otherwise remain silent. 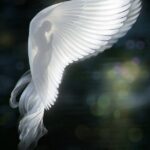 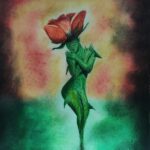