Spring was in a playful mood bestowing its bounty

painting the garden in ruddy bouquets

the breeze intoxicated with the fresh lotus scent,

amidst stood the mesmerizing damsel along with her maidens

Shakuntala, found in a Shakunta flock, reared by Rishi Kanva

was an epitome of beauty and devotion

she met the charming king Dushyanta in the woodland

when he was in a hunting spree

awestruck with her enchanting elegance he decided to marry her

her slender frame complimenting the swaying stalks, her rose-dyed lips,

her sea-like eyes in the depth of which he lost himself, the

silken drape that concealed her curves resembled the Melting Gold

the night crowning her head tied in a tight bun

festooned by an assemblage of fragrant blooms

his valour, the athletic built enticed her

the song of the fragile heart whistling

inside his skeletal cage grabbed her ear

and the soul hymn transmitted from one to another

but she hid her excitements behind the veil of her lashes

enacting that a thorn pricked her satiny feet

Shakuntala stole a glance of her charming King,

the surreal moment, the tranquil ambience

Anusuya and Priyamvada, her playmates

oblivious to the affection brewing

their Soul-talk resonated in the rustling leaves, the gentle breeze and the twittering herds.

Breathe, Smile, Love, Live!
For Life is a Gift💚 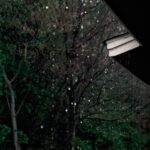 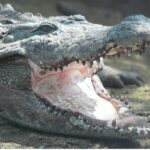