The goddess of harvest, Demeter,

Her anger reached its crescendo,

As the sun depicted, how the perpetrator Hades,

Slyly abducted her, to his underworld home.

She cursed the moment, the time,

When the despised god, Hades,

Had devised this nefarious plan.

And entreated Zeus, at Mount Olympus,

To coax Hades, to return Persephone to her,

Or else, with her curse, the blooming earth would begin to wan.

To send Persephone, in her celestial abode.

But the trickster made sure,

To had a perpetual hold in his captive’s life,

By forcing her to eat six pomegranate seeds, before hitting the road.

As Persephone reunited with her mother,

She disclosed with a heavy heart to Demeter,

How she was coerced, to eat  six  pomegranate seeds.

As she knew that, anyone tasting food in underworld,

Could never ever fully escape from its grip.

The two warring sides sat together,

And a compromise was reached then.

It was decided that, Persephone would,

And the remaining six months with Demeter, in heaven.

From then on, Demeter turns a grieving soul,

As the sands of time, unfailingly, brings the long long six months,

When Persephone must leave her, for her underworld sojourn.

Her grief leaves a lasting impact,

On god’s greatest creation, the earth,

As the goddess fades earth’s luster then, and make it mourn.

Again the sands of time, unfailingly,

Brings the  much awaited next six months,

When Demeter reunites with her beloved daughter.

In her happiness, Demeter blesses earth,

With fertility and rich harvest,

And fills it with joyous abundance and laughter.

Authors note: My poem is based on the greek mythological tale where it is narrated how Persephone, the beautiful daughter of the greek goddess of harvest, Demeter and Zeus, was abducted by Hades and taken to the underworld. Since Persephone was made to eat six pomegranate seeds there, so it was decided that she would spend six months at underworld and the remaining six months at heaven with her mother. The story goes that Demeter curses the earth with barrenness for six months as Persephone leaves for underworld and blesses it with rich harvest when she reunites with her daughter. 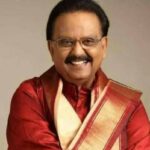 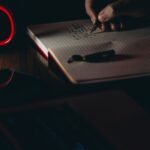