One queen steals the limelight,

By hook or by crook she shall rule,

Her vain vanity attracts many,

Misusing her for their advantage,

But, the poor narcissistic queen fails to cognise,

And, drowns herself in chasing the winds.

Another queen lives off her husband’s money,

Yet, get the due attention everywhere she goes,

For money is a governing force,

Shutting the eyes and the mouths,

While the injustice rules and reigns.

Then, there lived another queen,

Preferring a humble and simple life,

Selflessly helping near and dear ones,

Revelling in the moments of togetherness,

Yet, receiving ignominy and insult,

By the once close ones, that too,

When she breathed her last.

Queen of the hearts, everyone wishes to become,

Backstabbed either way, by parasite and fake friends,

But the worst one comes from one’s flesh and blood.

Let the Queen remain Queen only of her heart,

For people easily trample when their needs are served. 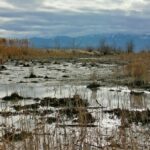 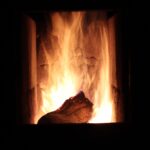