For a long time, my misfit soul,

As it was chained, fettered, misjudged and misspent,

By those, who relished,

To decree punishments upon souls,

And aspired to create luminous halos of their own.

For a long time, my misfit soul,

As it was banished to the infamous dungeon of loneliness,

And its key was thrown into the boundless sea

It was punished to wait,

For its own apocalypse,

But it did the Herculean task of breaking the shackles,

Which had, for so long kept it bound.

By mending its two broken wings-

As long ago, it had resolved to find the key of freedom,

1.PROMETHEUS: Prometheus, in Greek religion, one of the Titans, the supreme trickster, and a god of fire. His intellectual side was emphasized by the apparent meaning of his name, Forethinker. In common belief he developed into a master craftsman, and in this connection he was associated with fire and the creation of mortals.

DAEDALUS: Greek Mythology. A craftsman, considered the inventor of carpentry, who is said to have built the labyrinth for Minos, king of Crete. Minos imprisoned him and his son Icarus, but they escaped using wings which Daedalus made and fastened with wax. 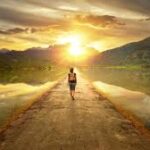 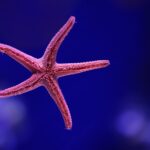