I ran as they chased me long and far

My feet were sore and bleeding

They had ripped my skirt and defiled my body

They had all ignored my pleading

“I’m a mother!” I screamed as they finally caught me

But they did not heed my cries

They held me to the ground and burnt my hair

And threw acid into my eyes

They then proceeded to chop my body

As I screamed in pain and terror

One by one I felt my fingers fall off

And as I lay there bleeding and numb

The crowds gathered around to witness

But no one out there came forward to help

They merely looked and went about their business

And just as I gave up and was prepared to die

I felt a small hand on my wrist

I looked through my teary, burning eyes

At a tiny boy with a small knife in his fist

Then he proceeded calmly and carefully to move

From one assailant to another.

They barely knew he was there, they hardly saw him

As he slashed and cut them down

And one by one each guilty assailant

Fell dead or wounded upon the ground

And as he worked with precision and skill

Targeting the people who tortured and maimed me

The crowd that had gathered around to watch

Turned around and began to flee

But no matter how far they ran and hid

As they tried to escape the mayhem

My blood which had splattered upon them

Was the scent that would guide him to them

And when it was over, the pain subsided

And my body began to heal

The strength returned to my weary limbs

And my wounds began to seal

“Take it easy, mother, you’re going to be alright.

I hope they never bother you again

But if they do, I’m up for another fight.”

I cried as I thanked him for saving my life

He told me the pleasure was his

He walked by my side as I grew stronger with time

And I started to feel more at bliss

When the time came for us to go our separate ways

I tuned and I asked him his name

“I’ve got a name and a number and like me, there are others.

And we will always protect you the same.”

He waved goodbye as he disappeared from sight

With the brightest smile I’ve ever seen

I’ll always remember who saved my life that December 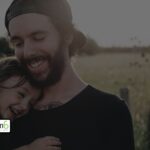 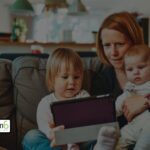