She thought it had healed

When she  had been carved onto stones

Or had it? Can a stone capture a woman’s tears?

What a grotesque image they’d carved

She’d felt alienated from herself.

She pondered over her wounds

That healed in the inky parchment of nights.

But the each passing day gouged

A deeper wound into her all seeing eyes.

Was it Athena’s curse?

Or simply a myth invented by

Perseus who beheaded her,

To soak an earth that heaved.

Now, that she woke up from slumber

She couldn’t bear the earth heaving,

Listening to the echoing laughter of men

That froze her insides.

She wondered if men dreaded her.

How their sly tales had chained her in a myth!

Was it her laughter that silenced man

Perchance her story’d be rewritten,

Medusa would then break

The misogynist shackles that fettered her stride.

She’d seize the pen to rewrite

A history, written by men,

That was not masculine.

Greek mythology is filled with characters like Medusa the Gorgon, a mythological character dreaded by men. According to Hesoid’s Theogony  or Ovid’s Metamorphosis if men  looked at her they froze. An alternative interpretation posits that her beauty mesmerised not pertrified men.

A parallel tale states that she was a beautiful maiden ravaged by Poisdon and Athena sought revenge by transforming Medusa into a monstrous woman with snakes as locks who had the power to turn men into statues.

Medusa along with her sisters Euryale and Sthenno stand out as grotesque, 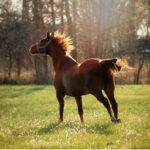 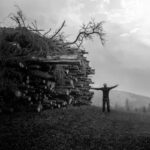