I used to dwell in that land

not on the earth they say

neither on the sky, nay!

Yes ‘The Shiva’ who spans

Yes, I read the world from the land.

I would view the sphere clear from those sands.

some tourist too, who had just come to see

the marvels of Kashi!

Yes, they call it Kashi/Varanasi/ Banaras.

With the name, though, I never fussed.

Its identity, can it be contained in the letters of a word?

I know not as I have seen its vastness being unfurled.

When I heard the tourists play their Saxophone and trumpets

On those full moon nights, the music reverbated

I thought it was coming from within me

I understood, Kashi had entered me.

It had penetrated the tourists too

Kashi, within them too grew.

You cannot leave the place

Once you have been to that space

as, your soul, it invades

and you leave there, a part of your whole.

You live with the lovers strolling the ghats

as you go dead with the funeral pyres.

You take it lightly with a sip of tea

and see divinity with the Ganga Aarti!

Then, I had  pitied the tourists on those full moon nights

As they were to leave as the new day arrived.

Now, I know they are as blessed as me

I constitute flesh, bones and feelings

all is not visible in one view

some facets of me

at your position, you can clearly see

maybe visible to others

who again may fail to review me through your view. 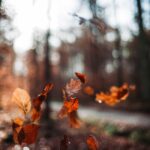 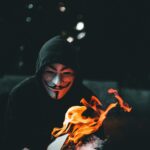