O! He is just jammy!

The society is envious of his success,

The limelight he takes wherever he goes,

The attitude he shows,

The wealth he displays.

The invidious men secretly pine for his stature,

Resorting to calumny and pulling him down,

Yet, they can’t succeed in their insidious plans.

O! They should have seen him then.

Waking up when there was still dark,

While the world was snoring cheerfully,

The tireless efforts he put, the bruises he received,

The hurdles he overcame, the fit of desperation,

The blackout, the misses and the failures,

He had borne them all, steadfast in faith,

Focussed on his dreams, he had made it.

You call him lucky, he feels blessed.

Luck is in his hands, he knows,

And thus, he inspires, through his dedication and zeal,

Those men who are ready to battle it out,

Who won’t leave the battleground at the slightest fall,

Being responsible and lifting others on their journey. 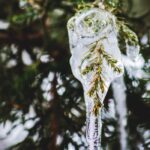 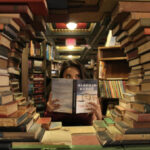