On one fine day,

Nothing was going my way,

I was said again ,

I was in pain again.

But there I saw something shining,

In the clouds it was the silver lining,

Yes it was something called hope,

Which would help me hold the rope,when I was falling.

Reason why after hours of crying

Some one was again smiling.

It was the thought in everyone’s mind,

That there’s a way they could find.

It was a hundred rupee note for the poor,

And for the farmer ,it was the news that monsoon is near.

It was the Sunday after the tiring week for my father,

And it was the repeat telecast of a cartoon for my brother.

It was the last hidden slice of pizza for my sister,

And for me it was the trip’s extended date to register.

I wondered that this four letter word

Has so many meanings that are not heard.

It’s in different form for everyone ,

It’s something that leaves no one.

It’s just the perspective with which we look at things,

And along with it happiness it surely brings. 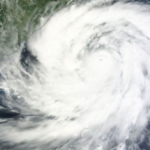 error: Content is protected !!
Send this to a friend