Trying to explore the soul-connection I land up,

In the land of money, where the heart and the mind,

Function according to the whims of that numbered paper,

So much so that the throbbing heart, the seat of emotions,

Become a lifeless stone, unmoved even by the death of a special someone!

What to talk about the mind? It has completely lost its senses.

The rational thinking skill, carefully dissecting the good and the bad, has disappeared,

And, it makes its owner perform deeds which can fetch him only benefits in return.

It’s pitiful to witness how the world only moves because of money.

An undeniable fact is that money facilitates like petrol to the car,

But, can you give me the reason for hoarding beyond measure?

Moreover, flaunting luxuries before others, mainly to belittle and satiate the ego,

And, cutting of blood-related chords for propelling megalomania,

Aren’t these causing you more harm than ever?

The dead leaves, without complaining, not even to the Divine,

However, those alive can’t even notice their faltering step!

Indeed, the ways of the world are strange where money has the loudest voice,

From education to position in the society, it dictates and reins.

Who selfishly misuse people and dump them once the purpose is fulfilled!

Unfortunately even the Corona couldn’t cure this pandemic

Despite warning people of the necessity to live close to people,

Reject the flamboyant and stick to the basics,

Some people continue to boast and live like they won’t die,

Why such glaring injustice, can you explain to me O Lord? 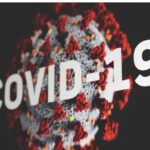 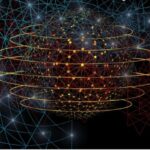