What would happen if we were to actually put a dot

After each spoken sentence, thinking of punctuation

That grammarians stress on- to pause, and make meaning complete.

Our speech would be slow, meaningless, deadened

Until we shrunk into a silence…. Ah no more corrections!!! No more indeed!

No more rebellions would there be! No more storming in fury!

Imagine a world without speech!

Our tongues would lose all flexibility.

A comma can be equally intruding, imagine you were to draw it in air

When your friend spoke, his words would dwindle, fade into stillness,

A solitude only woods understood, child- like, he’d become

His eyes rounding with intimidation,

And mouth his would gape open wide, until an insect stole inside.

Only thoughts would exist, and if we’d punctuate them

They’d buzz like bees, and puncture the pin drop silence,

And then all tongues would try stretching out in all directions

And break into unknown sound… Gibberish

Tower of Babel: from the Bible, a place where people could not communicate because they spoke new languages 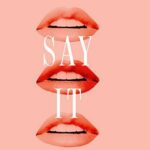 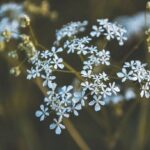