In search of the mystic opening was I !

A teacher op’d my eyes,

The gateway to heaven,

The castle of knowledge guarded

By gnostics from centuries.

But suddenly the glitzy world

Enamored a naive me.

Then, in my heart, desire swelled

A cresting wave about to crash

And rend my ribcage

With its deafening roar.

I let the mystic’s words disappear,

Choosing the husk instead of kernel.

When blood had congealed;

Desire needed to be caged

Like a Djinn in a cork- stopped glass phial.

Fervently, I cupped my palms in prayer

Alchemy and occult  to discipline me.

Then was revealed the magic of Aleph:

‘Twas not a book, but my teacher

Who unlocked gateways to

My gaze captured by

Passed down through centuries.

Then I knew for sure, that books

Poured their wisdom into.

Into a mere dot of creation.

All dimensions- space, time and

I looked at my original image

In God’s mirror, transformed by

Aleph is the first letter in Semitic and Arabic tradition of knowledge, it is believed to be the gateway to mysteries, as it enables enlightenment as all reading does.

Reading as an act involves understanding letters and messages but each letter according to scriptures unfolds a secret : so here goes the letter “A”

Indian philosophy emphasizes on the importance of guru shishya, teacher or master helping the student evolve under tutelage.

This poem is a tribute to Borges, Hesse, Metaphysical poets, Marlowe and Tennyson. 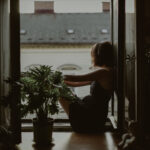 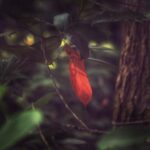