One day their paths diverged, the couple decided to quit.

Bitterly they fought, at home, in court, everywhere they’d sit.

Each wanted a piece given by the life that they had let go,

To them she was the most precious thing, they both loved her so.

Eventually it came down to mudslinging, even name-calling.

They washed their dirty linen publicly, none was stalling.

They cast aspersions at each other, a blame game ensued

And in all this melee, love and understanding were abused.

The little one heard the harsh words that were spoken

And somewhere in her tiny body, her heart was broken.

She said, “I want neither side A, nor side B,” that is my voice.

She continued in a voice that was pained & hurt, yet clear.

She said, “You both are my world. I hold both equally dear.

How can I choose Side A and not have the Side B join?

Tell me how when you both are two sides of the same coin?”

Her voice carried loud and clear, it touched chords deep.

The courtroom grew silent, you could hear people weep.

There she stood a vision, a symbol of a love that once was.

She couldn’t abandon either, whatever cause.

Side A or Side B, how could she stand and choose,

In the battle of custody, one parent would surely lose.

The judge empathized, his heart saddened by her predicament.

What could the poor child do, if the times were so inclement?

Then with a wisdom born out of years of making peace

He looked at the parents, smiled to set them at their ease.

He implored them to consider, told them take your time

But come back together, for the child’s sake sing the same rhyme.

In a daze the parents looked at each other anew

In that moment they understood how to proceed, they knew!

Together they stood; hand in hand they came to as one.

The child joyously flung herself in their arms, as she’d always done.

The parents that day learnt a lesson that they did need

That parenting is not about sides, it’s about your seed.

In parenting it’s not the side A or side B that matter.

What matters is that you don’t let your child’s hopes shatter.

Sonal believes that life is a repertoire of anecdotes strung together in a colourful array, like a beaded necklace. The various situations that we encounter, the many incidents of every day, make life a melange of tales and conversational tidbits. And, that is what she attempts to capture through her writing.
She is passionate about writing and is a contributor to several online literary forums and platforms. Her poems and stories have been published in several anthologies.
Sonal is the recipient of Asian Literary Society’s Gitesh Biva memorial award for 2019 and the Prasanna Jena memorial award for 2019, for literary excellence. She is also the recipient of the Orange Flower Award for Parent Blogging for 2020 and emerged as a finalist for the Orange Flower Award for her writing in the arena of LGBTQ+ awareness, also in 2020. In Feb. 2020 she was awarded a certificate of literary excellence by the Asian Literary Society.

When not writing, she manages her HR consultancy business out of Mumbai. 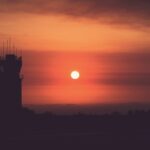 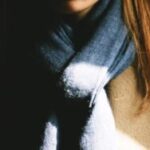